Seeded by a generous grant from Gilead Sciences, the Black/African American Leadership Council (BAALC) launched in August 2019 to sharpen focus on addressing disparities impacting the African-American community in San Francisco. PRC expected a year-long quiet phase for the collective of 47 (and counting) cross-sector African American leaders before publicizing the BAALC. However, urgency surrounding both the pandemic and Black Lives Matter propelled BAALC into early public action. 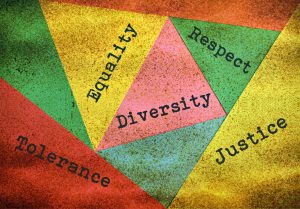 In addition to working closely with city officials, community residents, and community-based organizations on developing long-term policy recommendations to redress systemic racism across its five focus areas—Criminal Justice, Culture & Community, Education, Health, and Wealth/Home Ownership/Housing—the BAALC has been actively involved in current events. In May, the BAALC advocated with Mayor Breed and partnered with District 10 Supervisor Shamann Walton to secure free COVID-19 testing in San Francisco’s Black communities. In June, based on the latest research on reducing negative youth interactions with police, we advocated with Mayor Breed to direct at least 50% of all police budget cuts to fund improved early education and Black youth development outcomes. Most recently, on the steering committee of an emerging coalition of residents and leaders from across the city now known as MegaBlackSF, PRC helped develop a policy agenda for police reform – specific ideas on how to reallocate funds away from police and into various Black community supports – that culminated in a published letter to Mayor Breed.

Our clients represent communities that have long faced cyclical poverty and structural inequity. We keenly recognize that social and behavioral health services, while essential, can only go so far. To move our clients forward, PRC is duty-bound to join forces with those who seek to fix our broken systems that sustain poverty, racism, and inequality.

We look forward to sharing more as the Black/African American Leadership Council pushes on and keeping you informed.

As I write this, our nation is socially rudderless – devoid of leadership to address the latest display of police brutality and endemic racism in America.

The intensity of the current social unrest should not come as a surprise to anyone following current events in recent years. In our lifetime, we’ve witnessed similar instances of George Floyd’s death, often at the hand of those sworn to protect us. If we are willing to reach further back, we’ll find this abhorrent behavior exhibited in our society for centuries. As the Covid-19 pandemic began earlier this year, being a Black/African American in America went from consistently complicated to deadly.

A question for every American to consider is this: Did those in power today truly believe that a society which continues to be governed by a wealthy white aristocracy would remain in power in perpetuity, with no resistance from the oppressed? In other words, what led us to believe that black and brown people would be OK with a constant slate of abuse, brutality and discrimination until the end of time? Unfortunately, the result of this man-made social construct of racism has withstood the test of time. The reason? Fear.

Fear is the primary fuel that ignites, energizes and animates those who wax nostalgic on a past that disempowered people of color in this country. The energy needed to dismantle racism must be commensurate to the energy it took to create it. I do not condone looting and destructive rioting. However, we must recognize that the civil unrest — which should be viewed as separate from peaceful American protests — may be the countervailing force needed to grab the attention of those who have perpetuated structural, economic and state-sanctioned racism since America was established. It’s hard to comprehend the amount of sustained efforts and resources that were laser-focused on segregating schools, housing, restaurants, nightclubs, stores, water fountains, hotels and the like.

In addressing the varying misperceptions of social justice movements like Black Lives Matter, it’s equally as complicated to consider how we ascribe to subdivisions within the human race that require victims and allies. While oppressed people in our society (black, brown, LGBTQ and others) appreciate the concept of having allies, we should reserve it for the inanimate tasks of supporting policies, positions and rights — not for identifying as fellow sentient human beings. The concept of being allies or in solidarity with others who are different from “us” has led to a less-than-helpful concept of “othering” — a well-meaning but unintentionally negative modality that creates an “us vs. them” reality for many. Instead, we must embrace a deeper, more fundamental human notion of “oneness.”

Hence, if you see a child being mistreated by an adult, you wouldn’t need to ascribe to being an “ally” to all children in order to intervene. You simply intervene because you, too, are human.

I Iong for a future when simply being human can be enough for us to see ourselves in — and support — our fellow humans’ needs, suffering and oppression. This call to action is exactly what defines our mission at PRC. We operate under the belief that an individual is not a victim, but that their need is a symptom of our collective ecosystem that must be modified.

If we change our ecosystem by improving our systems of care — health, education, housing, justice, etc. — we increase the opportunity for success. The challenge, however, is that America has created an oppressive ecosystem largely based on race and class — leaving 100 million Americans (nearly 1 in 3) living in or near poverty.

As a 55-year-old African American man, I’m saddened to be forced to live with the stark reality of surviving, and eerily sitting on the shoulders of my younger brothers and sisters — George Floyd, Breonna Taylor, Tony McDade, Ahmaud Arbery and many others — who impermissibly sacrificed their lives by merely being black. While there is no salve to heal these wounds, there is an opportunity for us to recognize the importance of human rights for all.

It’s hard. It’s complicated. Yet, I cannot apologize for the “dis-ease” one may feel. This moment demands all of us to be uncomfortable. Centuries later, U.S. citizens must come to grips with America’s original sins of slavery and genocide and acknowledge the scars of our past. Those scars must still heal. I hope neither you nor I are ever in George Floyd’s situation. In the discomfort of writing or reading this, remember, we both have options to step away — options not afforded George Floyd.